When you think of protein, what comes to mind?

Do you immediately think of bodybuilders with unnaturally huge muscles, downing steaks and chugging protein powder?

Is your mind then plagued with unjustified animal slaughter, considering we can get protein from plants?

Or do you vaguely recall having read somewhere that consuming animal protein is linked to a higher risk of cancer and cellular aging?

Are you then confused because you also understand that protein is essential for good health?

But, hold the phone! Don’t most Americans eat too much of it—thanks to “Big Beef” telling them protein is king—and isn’t it bad for the planet? Aaargh!

If any of these thoughts come up for you, you’re not alone. Most health-conscious people—including me, for many years—have similar associations deeply set in their subconscious minds. In my case, even though I’ve known better than to relegate the most essential macronutrient to an overblown health threat, I still had to reprogram my protein associations for years before I could feel stress- and doubt-free about eating meat every day. Red meat, which I now consume more often than any other animal food, was an especially high hurdle to jump, thanks in part to years of viral pro-plant-diet phrases, such as:

“I got ninety-nine problems and protein ain’t one!”

Such ingrained phrases so strongly underpinned my beliefs that, in retrospect, I needed many years and a lot of research to deconstruct them. I learned the intricacies of human biochemistry, genetics, and nutrition science, and rooted them deeply in my personal experience of what makes a human body run well or break down. I developed an ongoing process of understanding health and nutrition—one that evolves as I do. 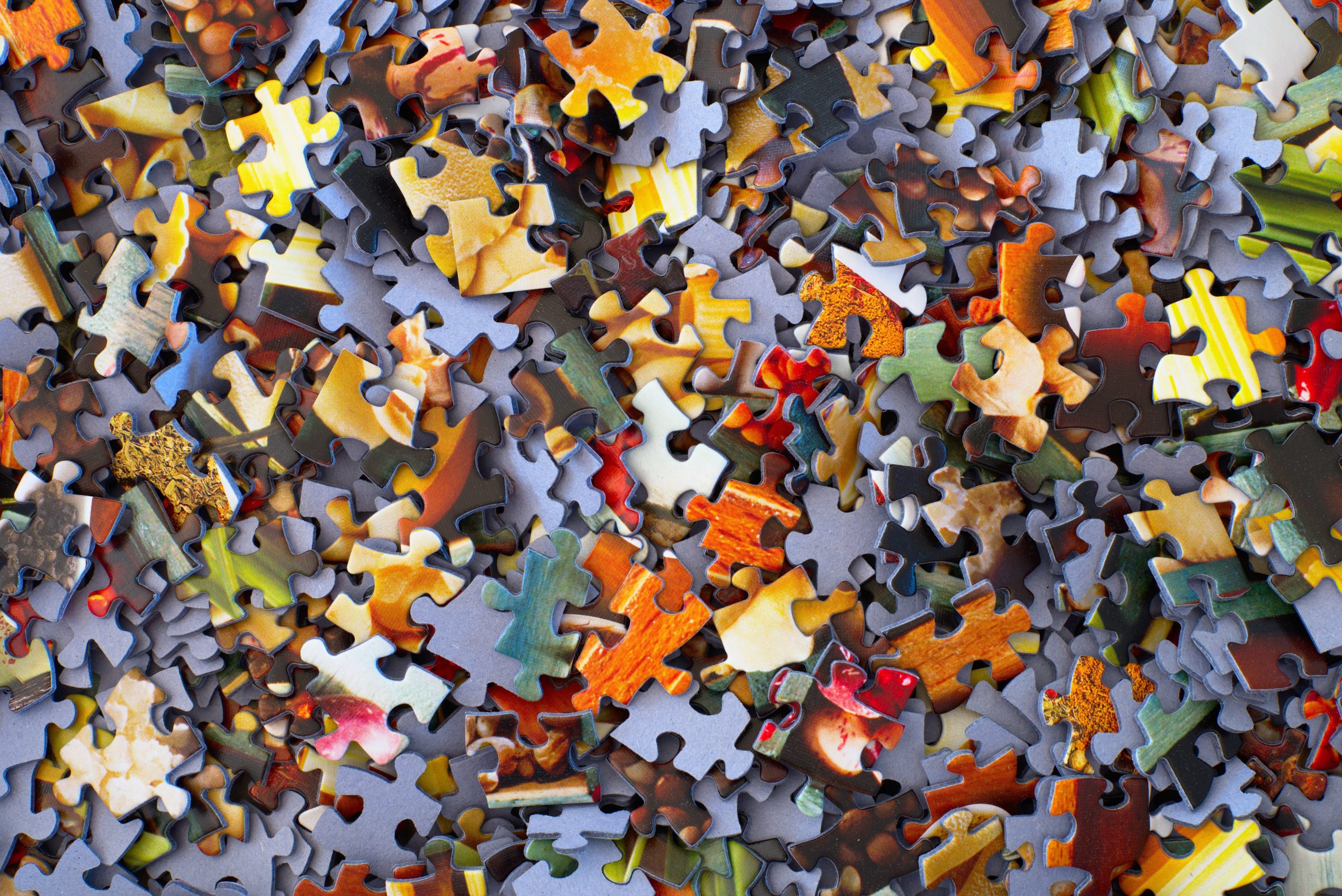 Scientific training, personal experience, and time has contributed invaluable pieces to the nutrition puzzle for me.

Early in that process, I’d hit wall after wall on a low-protein diet until I followed my naturopath’s instructions to start eating meat. Seeing nearly immediate improvements, I had to ask myself some hard yet important questions I hadn’t considered before. I started noticing the implicit beliefs in pro-plant rhetoric like that above, which implies that we don’t need much protein and don’t need to think about it. I started asking:

Is this statement, and are its underlying implications, actually true? And how do the people who popularize these statements know for sure that they’re true?

Sad as it may be, they often don’t know. Many people who tout overly simplistic beliefs about nutrition—especially in terms of protein—don’t really know whether their beliefs are true. And for years before I got clear on human health and nutrition, I was in the same boat.

But now I’m too aware that the average person doesn’t know how much protein they need and whether they’re eating enough. I believe protein is a very misunderstood and undervalued nutrient, perhaps especially in the health-conscious pockets of our culture.

One explanation for the lack of protein awareness may be cognitive bias, or each individual’s understanding of their environment according to their personal beliefs and experiences, rather than well-reasoned, more objective data. (1) Pulitzer Prize-winning economist Daniel Kahneman termed this intuitive reasoning and has written extensively about the likelihood of making errors when we use intuition to understand unfamiliar topics. (2, 3) Similarly, I cannot tell you the number of times people have told me they “just know intuitively” that they’re getting enough protein, even though they can’t recognize or predict basic signs of protein deficiency.

I once fell into the same intuitive trap and, along with many friends, I floated on false confidence that my diet was adequate. Simultaneously, we often struggled with depression and anxiety, disruptive cravings, binge eating, skin problems, and limited capacity for reaching basic fitness goals, like building and retaining muscle or recovering from workouts. Little did I know then that all of those issues correlate directly with inadequate protein intake! (4) But, thanks to cognitive bias, my belief system blinded me from that possibility, and my intuition led me astray.

Another common type of cognitive bias that can hinder our perception of our nutrient status and protein needs is the Dunning-Kruger effect, in which those who are least competent at something rate themselves inaccurately as competent because they don’t know enough to suspect otherwise. We see this kind of bias in the wellness industry A LOT nowadays in the form of free information presented online, often in emotionally provocative, watered-down films and short videos that oversimplify and misrepresent clinical research for the general public, which tends to have little or no health science training. 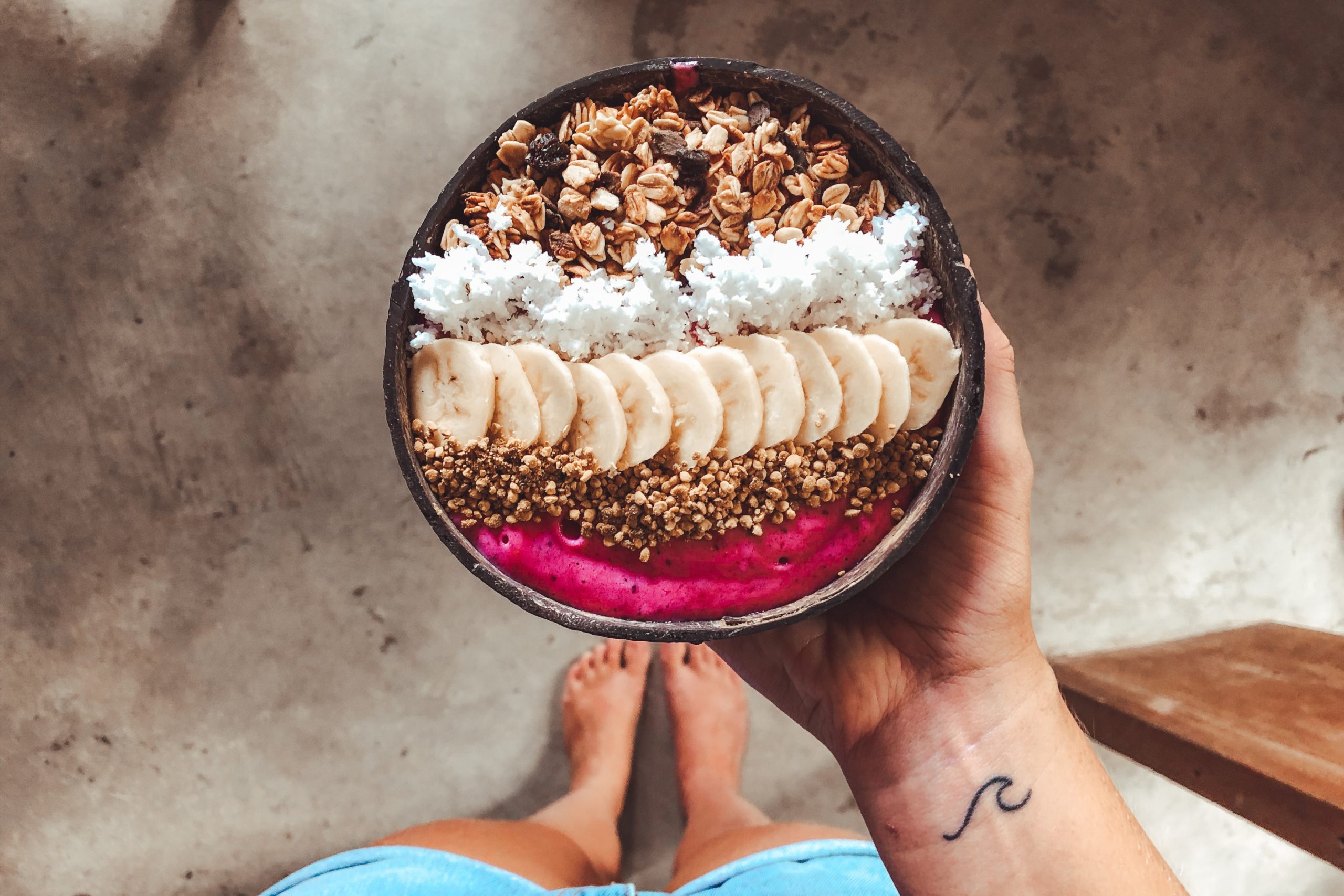 Fruit bowls are trending and beautiful, BUT a big sugar bomb first thing in the morning!

In my experience, most of us who are or have been unaware of the cognitive biases that define our beliefs about dietary protein often go unchallenged until illness or injury occurs. Then, in need of new information in order to heal, we often open our minds to new possibilities, such as the benefits of nutrient-dense, protein-rich foods. At that point, we’re willing to personally experience the healing power of increased protein, and when we do, we become aware of our cognitive biases and can choose to let them go.

At the other end of the spectrum are those who are highly informed about dietary protein and test their nutrient status regularly, count macronutrients each day, and go to greater lengths to make sure they’re getting enough protein for optimal health. However, such people are uncommon, and they often prioritize protein for fitness competitions, bodybuilding, or other athletic goals the average person doesn’t have. Other members of the protein-aware minority include (but are not limited to) health practitioners, like me, who suffered the consequences of inadequate protein consumption, but who eventually came through with new convictions in tow.

And let’s be honest, many of us grew up seeing industrial fast-food joints on every corner and magazines covered with bodybuilders guzzling highly processed, protein shakes. Juxtapose those images with horrific scenes from animal-rights activists showing us tortured, poorly fed animals, and throw in the viral “meat causes cancer” headlines, and I’d say it’s no wonder many health seekers have a negative perspective on protein!

But what if I told you that:

Read the full series on protein to find out why.

But first! The ensuing four-part article is not an attack on any particular diet. It is a detailed explanation of why protein is so important, and why we should revere it, not fear it! Please continue with an open mind. Each part will be released once a week, beginning today with Part I.

Part I explains exactly what protein is, how it is synthesized, and how to determine its quality in the diet — accessible now here!

Part II describes the myriad mental and physiological functions that rely on protein, and why getting both essential and nonessential amino acids from food becomes more important as we age, handle stress, and heal from illness.

Part III dispels the myths that protein causes cancer, heart disease, inflammation, and kidney disease; and that it’s hard to digest, responsible for the environmental decline and animal abuse, and something we can easily get from most foods in equal measure. Each of these myths is entirely or partially inaccurate. The truth is in the details!

Part IV illustrates why adhering to fearful beliefs about protein and limiting this crucial nutrient does a disservice to the health of our minds, bodies, and planet. Then it explains how healthy user bias has influenced the RDA guidelines for protein and outlines more reasonable protein intakes for human beings.

Thanks for embarking on this protein journey with me! This is a very important topic that I feel needs more attention, so I’m excited to share my thoughts with anyone who’s interested in learning! Enjoy!